The WEast Economic History Workshop titled “Understanding the Economic Development of Eastern Europe” took place in Belgrade on the 5th  and 6th  July. The Belgrade WEast Workshop was organised by Jacob Weisdorf, Mikolaj Malinowski, Matthias Morys, Stefan Nikolić and the Belgrade Banking Academy. The purpose of WEast Workshops is to foster knowledge transfer and collaboration between economic historians and economists, with shared interest in the region of CESEE, representing both western and eastern universities and research centres.

Over the duration of two days, fascinating lectures were given by Stephen Broadberry (LSE) and Branko Milanović (Graduate center, CUNY), 15 papers were presented in 5 sessions, with participants coming from 17 different institutions located in 11 different countries (both in the “West” and “East”). The Workshop was held just in the center of the Serbian capital, in an elegant ambience of a building erected in 1911, in the Secessionist style. Belgrade proved to be an excellent host, not least because it managed to nourish the participants with beautiful sunny weather so that they can explore its sights in their spare time.

The Workshop was opened by a keynote address by Stephen Broadberry. His lecture was titled “Accounting for the Great Divergence” and it set the tone for academic discourse in the sessions to follow. Given the nature of the workshop he put special emphasis on explaining Europe’s Little Divergence. He acknowledged recent contributions that incorporate Eastern Europe into the debate.

The first of the three academic sessions on the first day started with Ralph Hippe (LSE) and Joerg Baten (University of Tubingen) who found that for less industrialised countries in 19th century Europe there was a substantial negative effect of land inequality on human capital. Thereafter, Elena Korchmina and Ilya Voskoboynikov (both affiliated with National Research University Higher School of Economics) argued that noblemen-veterans of Napoleonic wars (1812-1814) influenced the quality of government in the Russian Ryazan province by changing the existing model of elections. Finally, Jelena Rafailović (Institute for Recent History of Serbia), analysed innovative activity in interwar Yugoslavia using an extensive data set on patent statistics.

After a lunch break with traditional Serbian food and sweets, the second session started with Matthias Morys (University of York) presenting his joint paper written with Martin Ivanov (Bulgarian Academy of Sciences). Using dynamic factor analysis the authors find a steadily increasing synchronisation of business cycles in five SEE counties with a pan-European business cycle before 1913 and the emergence of a regional business cycle in the interwar period. Next, Elena Korchmina presented her joint work with Andrei Markevich (New Economics School Moscow) in which they analyse the link between poll tax collection in XVIII century Russia (Ryazan province) and modern state formation. The session concluded with a topic quite connected to tax collection, albeit in the 20th century. Relying on income tax data, Filip Novokmet (Paris School of Economics) showed that for the interwar period concentration of income at the top of the income distribution was much more pronounced in Czechoslovakia than in Bulgaria.

The final session of the day focused on former Yugoslavia and its successor states. Milan Deskar-Škrbić (Erste & Steiermarkische Bank) presented a paper co-authored with Jurica Zrnc (Croatian National Bank) and Ivo Bićanić (Faculty of Business and Economics, Zagreb), in which they analyse points of convergence and discontinuity in the Yugoslav economy on a regional level for the period 1950-1990. Dora Tuđa (University of Tilburg) presented her joint work with Ivo Bićanić, on long term estimates of Croatian GDP data and a critique of them, to which Branko Milanović (as an author of one of the series) could provide substantial feedback. The session concluded with Leonard Kukić (LSE) presenting his research on the contribution of misallocation of resources between sectors to Yugoslav regional income disparities, in the post-WWII period. After an eventful first day of work, all the participants were invited for a relaxing and well deserved dinner.

Branko Milanović started the second day of the Workshop with a lecture titled “Between Kuznets and Piketty: How to understand inequality changes in the last 200 years”. His main argument was that in the long term there are waves of upswings and downswings in inequality – which he proposed to be called the “Kuznets’ Waves” – and that we are now part of a second such wave driven by the current industrial revolution.

In contrast to the current “industrial revolution”, the first session of the day dealt with industrialisation in the East in the 19th and 20th century. Employing new time‐series of energy use and steam engines for the Czech Republic (1830-1873) and using tools of Economic Geography, Hana Nielsen (Lund University) studied the role of coal in Czech industrialisation and made a Gerschenkron-like argument, that despite the use of coal starting relatively late, eventually a fast transition towards its use was able to compensate for the delay. Stefan Nikolić (University of York) exploited regional variation in his analysis of the determinants of industrial location. Relying on a new panel data set, he argued that factor endowments were clearly more important than New Economic Geography factors in attracting industry in interwar Yugoslavia. Finally, Hrvoje Ratkajec (University of Primorska, Koper) combined Economic Geography with Business History, to analyse the industrial and trade connections between the area of Northeast Adriatic (with centre in Triest) and other Slovenian lands in the period 1900-1930, focusing on the impacts of the First World War on these connections.

The last but not least session examined the origins and consequences of Polish partitions. Mikolaj Malinowski (Utrecht University / Humboldt University) demonstrated that collapse of the central institutions in Poland in the 17th and 18th century brought about market disintegration and economic stagnation that set the stage for the disappearance of the country in 1795. Piotr Korys and Maciej Tyminski (both affiliated with University of Warsaw) presented a part of their ongoing project on the reconstruction of GDP of Polish lands during the partition period and documented the evolution and economy structure in the late 19th and early 20th century in different partition territories. The partition also played a role in the final paper of the workshop in which Pawel Bukowski (CEU) convincingly argued that the partition of Poland by the Russian, Prussian and Habsburg Empires, has had long lasting effects on the educational performance of Polish students, depending on the educational tradition and attitude towards the dominating empire.

The participants in all the sessions were very much inspired to comment and ask questions regarding the papers being presented. Furthermore, a fun thing to mention is that when Branko Milanović “tweeted” Pawel Bukowski’s aforementioned results, questions for the presenter were coming even from the “Twittersphere”. Pawel gladly responded, so in a very modern way the workshop echoed far beyond Belgrade even before it was over.

For all the above stated, we can conclude that the Belgrade WEast Workshop was a great success. For this reason the WEast team is very optimistic about the forthcoming WEast Workshops.
You can find more information about the WEast initiative and its activities at http://weast-initiative.blogspot.de/ . 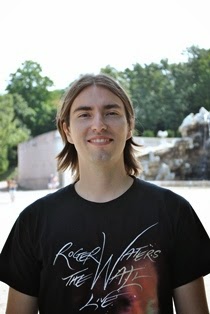 This blog post was written by: Stefan Nikolić, PhD student at University of York