Classic accounts of the English industrial revolution present a long period of stagnation followed by a fast take-off. However, recent findings of slow but steady per capita economic growth suggest that this is a historically inaccurate portrait of early modern England. This growth pattern was in part driven by specialization and structural change accompanied by an increase in market participation at both the intensive and extensive levels. These, I argue, were supported by the gradual increase in money supply made possible by the importation of precious metals from America. They allowed for a substantial increase in the monetization and liquidity levels of the economy, hence decreasing transaction costs, increasing market thickness, changing the relative incentive for participating in the market, and allowing agglomeration economies to arise. By making trade with Asia possible, precious metals also induced demand for new desirable goods, which in turn encouraged market participation. Finally, the increased monetization and market participation made tax collection easier. This helped the government to build up fiscal capacity and as a consequence to provide for public goods. The structural change and increased market participation that ensued paved the way to modernization. 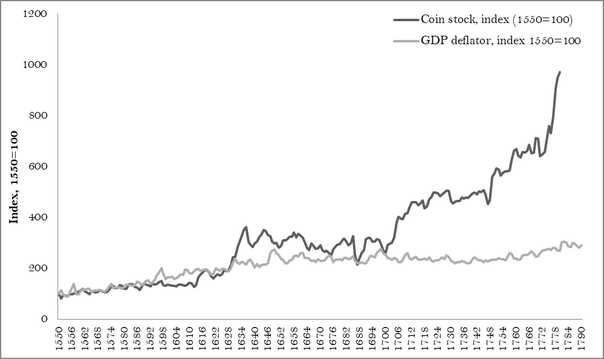 Hello Everybody,
My name is Mrs Sharon Sim. I live in Singapore and i am a happy woman today? and i told my self that any lender that rescue my family from our poor situation, i will refer any person that is looking for loan to him, he gave me happiness to me and my family, i was in need of a loan of $250,000.00 to start my life all over as i am a single mother with 3 kids I met this honest and GOD fearing man loan lender that help me with a loan of $250,000.00 SG. Dollar, he is a GOD fearing man, if you are in need of loan and you will pay back the loan please contact him tell him that is Mrs Sharon, that refer you to him. contact Dr Purva Pius,via email:(urgentloan22@gmail.com) Thank you.

PLEASE READ!!!Hello Guys!!! I am Ruth I live in Ohio USA I’m 32 Years old, am so happy I got my blank ATM card from Adriano. My blank ATM card can withdraw $4,500 daily. I got it from Him last week and now I have withdrawn about $10,000 for free. The blank ATM withdraws money from any ATM machines and there is no name on it because it is blank just your PIN will be on it, it is not traceable and now I have money for business, shopping and enough money for me and my family to live on.I am really glad and happy i met Adriano because I met Five persons before him and they could not help me. But am happy now Adriano sent the card through DHL and I got it in two days. Get your own card from him right now, he is giving it out for small fee to help people even if it is illegal but it helps a lot and no one ever gets caught or traced. I’m happy and grateful to Adriano because he changed my story all of a sudden. The card works in all countries that is the good news Adriano's email address is adrianohackers01@gmail.com

We are Offering best Global Financial Service rendered to the general public with maximum satisfaction,maximum risk free. Do not miss this opportunity. Join the most trusted financial institution and secure a legitimate financial empowerment to add meaning to your life/business.

Recording success in Cryptocurrency, Bitcoin is not just buying and holding till when bitcoin sky-rocks, this has been longed abolished by intelligent traders ,mostly now that bitcoin bull is still controlling the market after successfully defended the $40,000 support level once again ad this is likely to trigger a possible move towards $50,000 resistance area However , it's is best advice you find a working strategy by hub/daily signals that works well in other to accumulate and grow a very strong portfolio ahead. I have been trading with Mr Carlos daily signals and strategy, on his platform, and his guidance makes trading less stressful and more profit despite the recent fluctuations. I was able to easily increase my portfolio in just 3weeks of trading with his daily signals, growing my 0.9 BTC to 2.9BTC. Mr Carlos daily signals are very accurate and yields a great positive return on investment. I really enjoy trading with him and I'm still trading with him, He is available to give assistance to anyone who love crypto trading and beginners in bitcoin investment , I would suggest you contact him on WhatsApp: +1(424)285-0682 and telegram : @IEBINARYFX for inquires and profitable trading platform systems. Bitcoin is taking over the world.