The relationship between international exposure and the spatial location of economic activity has proven to be vexing problem for historians and economists. Rosés and Wolf (2019), for instance, observed that the great wave of globalization before 1914 favored the dispersion of economic but the surge in globalization after 1980 precipitated the concentration of activity and the divergence of regional incomes. Similarly, New Economic Geography (NEG) models in an open-economy setting have yielded ambiguous results (Brülhart 2011).

In a recent paper, we introduce a NEG model in an open-economy framework to cast light on the spatial concentration of manufacturing in interwar Brazil. Our narrative builds on shifts in domestic and international trade costs. In the decades after the First World War international trade costs between Brazil and its major trading partners spiked. Concurrently, domestic trade costs contracted. We refer to these opposing movements as the trade-cost reversal. The increase in trans-Atlantic costs loosened trade channels between Brazilian and foreign ports. In their place, domestic linkages between the industrial core in the southeast and northern regions strengthened. We find that market integration went hand in hand with the agglomeration of economic activity and the development of a core-periphery structure centered on São Paulo. Our main findings rely on a new dataset of coastal shipping (cabotagem) we have assembled of product level import and export data for São Paulo. We have also collected information on international trade by product and by state. Since domestic and international transporters exploited the same ports, we are able to evaluate the degree of face-to-face competition between Brazilian and foreign goods.

Figure 1 summarizes our sources, research strategy, and results. We contrast the dispersion of European and U.S. manufacturing imports across Brazilian states (top panel) and manufacturing exports of São Paulo to these same destinations (bottom panel) on the eve of First World War and subsequent decades. Circle sizes represent per capita values of trade (in inflation adjusted contos de réis); they are comparable across panels. The vertical axis gives the distance from each state’s principal coastal harbor to Santos, São Paulo’s main port. Because of favorable trade costs, international transporters in 1913 had a discrete advantage (top panel). Foreign goods were delivered directly to coastline destinations. After the Depression, however, international trade increasingly concentrated in the southeast.  As for internal trade, the progress of São Paulo’s exports was unbroken (bottom panel). Before the war, domestic exports of manufacturing goods were generally restricted to markets within a radius of 500 km or less; between 1913 and 1929 the distance had doubled; and in the 1930s the number of km doubled again. By this date, Rio de Janeiro was no longer the main market for São Paulo’s goods. The nature of international imports and coastal shipments of São Paulo were transformed as well. Our claim is that the process of geographic concentration enabled productivity growth in the 1930s¾and vice versa. In fact, Brazil’s performance in this decade was exceptional. Duran et al. (2017) reported that industrial GDP grew at an annual rate of 10.0 percent and labor productivity at 5.6 percent between 1930 and 1943, approximately double that of the average of Britain, Germany, Japan, and the United States. In the words of Bulmer-Thomas (2010, p. 230), the 1930s was anything but “a lost decade.” 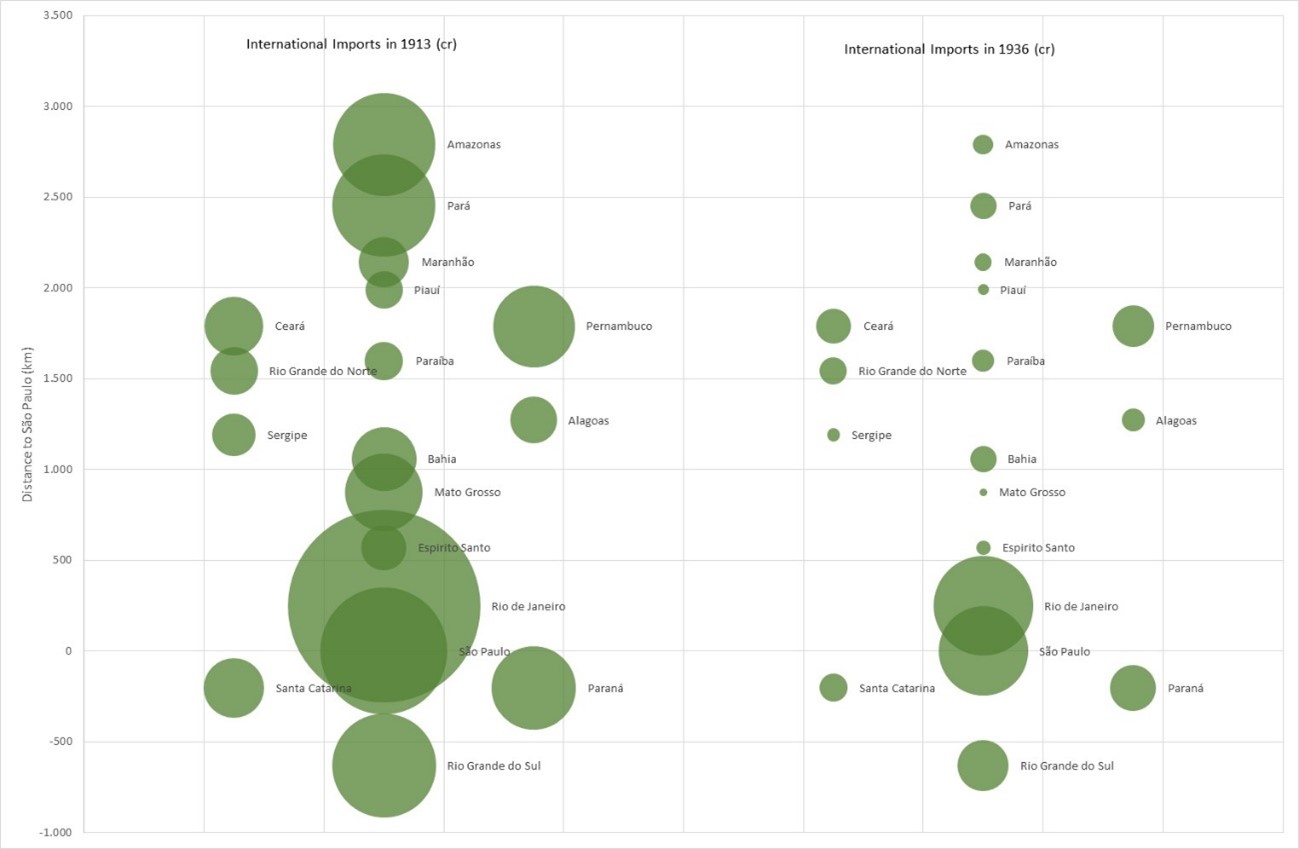 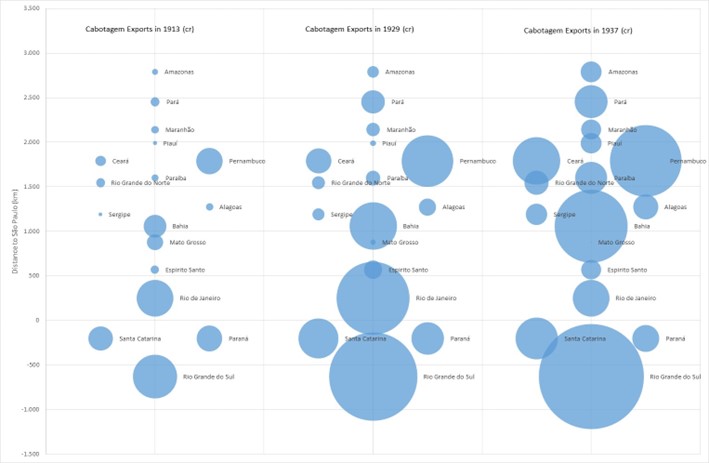 The benefits of deglobalization

Will the recent trend toward deglobalization reconfigure the spatial location of industry as in interwar Brazil?  The answer depends on whether previous and prospective investments in infrastructure can effectively overcome the “destiny” of geography. The breakdown in trade will penalize centres of production, mainly along the coastlines, that have relied on foreign markets for exports and imports. In contrast, in cases of well-connected domestic markets, the collapse in international trade may be a boon to regional centres, often in the interior. They will be in better position to access new markets for their goods and new sources for inputs.  Regional differences in income will narrow and, consequently, forces of social and political polarization will weaken. This is the silver lining of deglobalization.